THE WALLS OF FLORENCE

Period of the monument: from XI to XVI century

Work performed: Surveillance maintenance and cleaning consolidation and stone restoration of parts of the walls and towers. 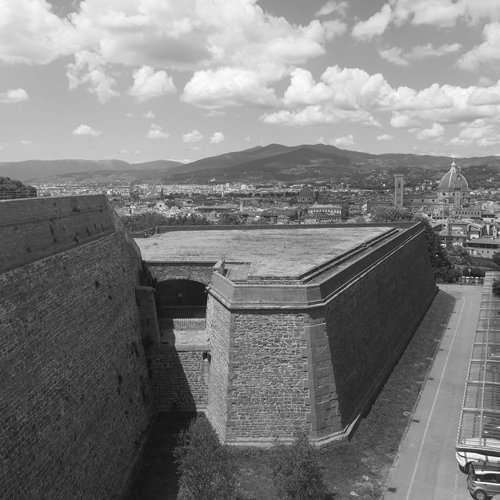 In Florence, the fortification walls have been preserved in a fragmentary way, but they still have exceptional significance. Over the centuries, the walls played an important role in the life of the city-state, on the one hand to protect its independence, and on the other, each new defensive belt testified to the city’s growth, wealth, and power. City walls first appeared in Roman times and then each new phase of the Florentine Republic’s existence was marked by a new fortified wall, which was built as the city expanded. The walls began to be destroyed over the short time of the state of Florence (1865-1871) according to the general plan of Giuseppe Poggi, aimed at the modernization of the city. The Florentine walls, however, had important masters among their designers – Arnolfo di Cambio in the 14th century, Antonio da Sangallo the Younger and Michelangelo during the Renaissance – which was one of the reasons for the preservation of their fragments. The walls and fortifications that have survived until today have recently sought to actively include the infrastructure and cultural life of the city. Modern tram lines are being built along the ancient walls, so that the remaining fragments are included in the scenery of urban traffic as an important aesthetic element and become in a sense a symbol of the modernization of the city.
Florence was one of the first cities in Europe to introduce the surveillance of its architectural heritage, which makes it possible to monitor the condition of monuments, to apply preventive measures in a timely manner, without the need for major restoration work. Many years of experience in the restoration and conservation of architectural heritage has shaped Sansone’s particular approach to the study of monuments and their condition, which has allowed the company to become the winner of the Florence City Council’s search for the study and monitoring of the city’s architectural monuments. 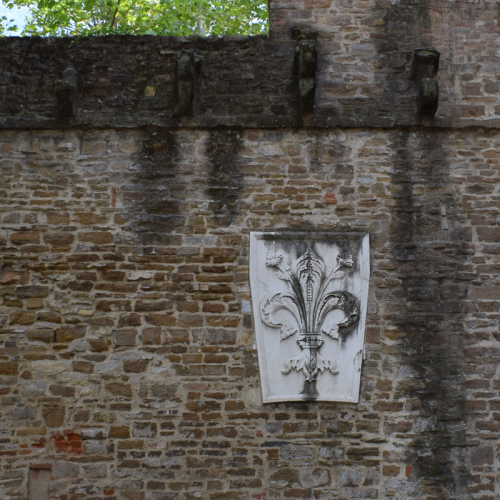 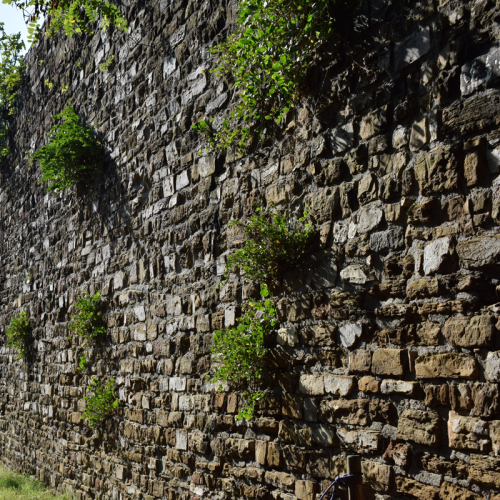 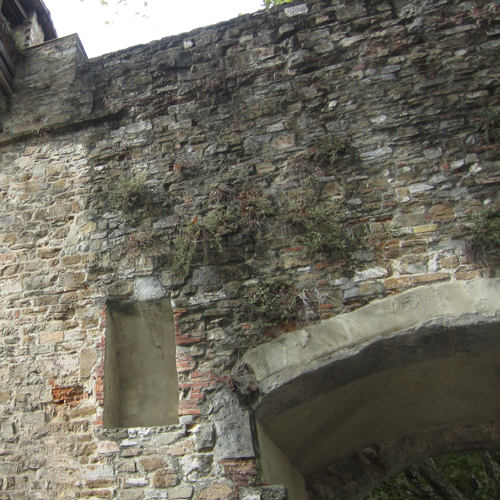 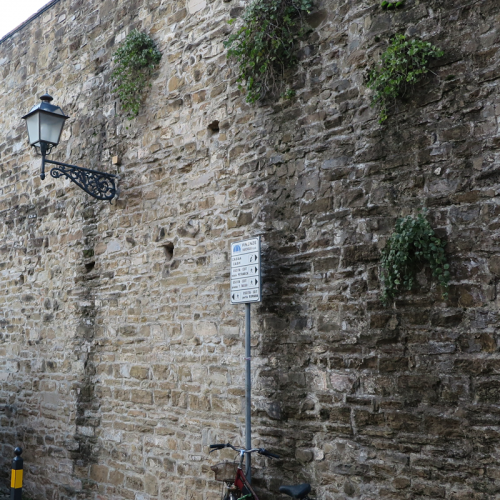 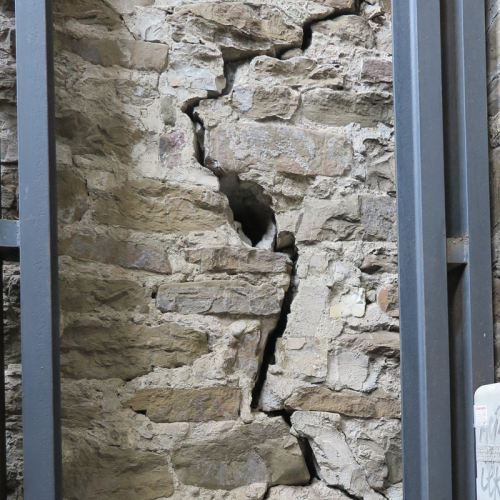 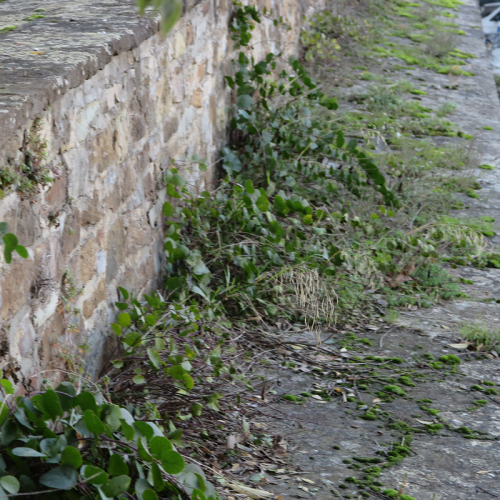 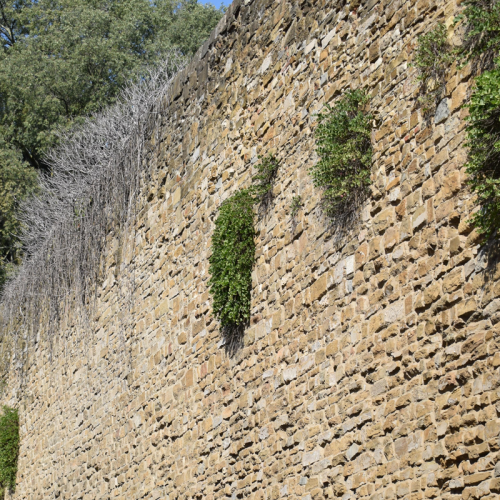 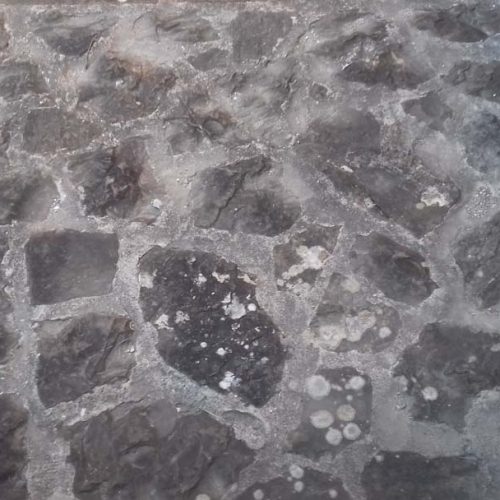 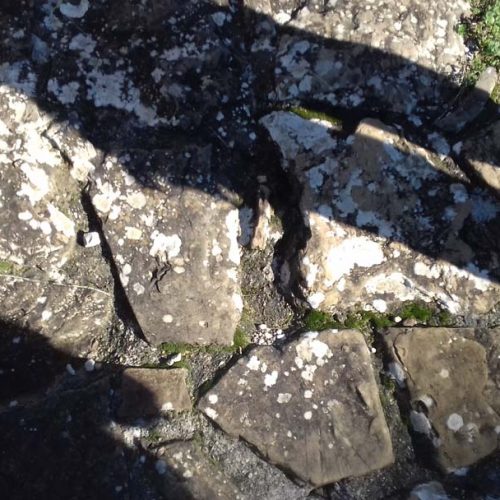 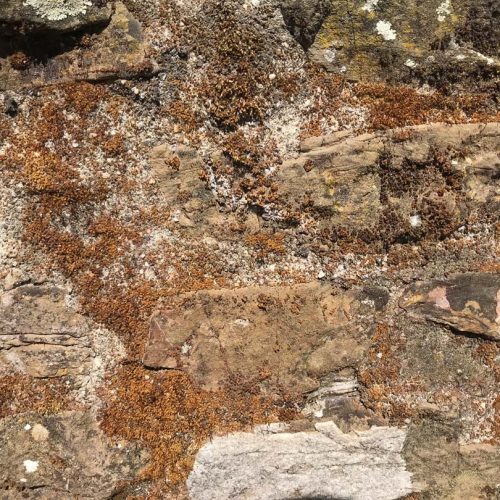 The stretches of wall, the city gates and the towers on which the inspection and monitoring work was carried out, constitute what remains of the Florentine circle of walls which, after having undergone numerous modifications and stratifications, was almost entirely demolished in the mid-19th century in view of the construction of the boulevards.

The activities of surveillance and maintenance of these architectural elements consist in analyzing the state of preservation of the artifacts; performing primary maintenance operations such as the removal of weeds, cleaning of clogged drains, replacement of inefficient windows, etc., reporting situations of degradation in progress before they can represent a danger, and intervening on dangerous elements through safety operations.

The research work on the city walls included the following phases:

The surveilling of architectural monuments, including fortifications as already mentioned, occupy a special place for their functional and historical specificity. It helps to prevent the need for serious restoration work and to maintain a satisfactory aesthetic appearance of the monuments.
Such an approach makes visible the problems of conservation and restoration of the object in a complex way, and also determines the direction of its enhancement in the infrastructure of the modern city, tourist and leisure routes, as integral elements of the aesthetics of the urban environment and its historical value. 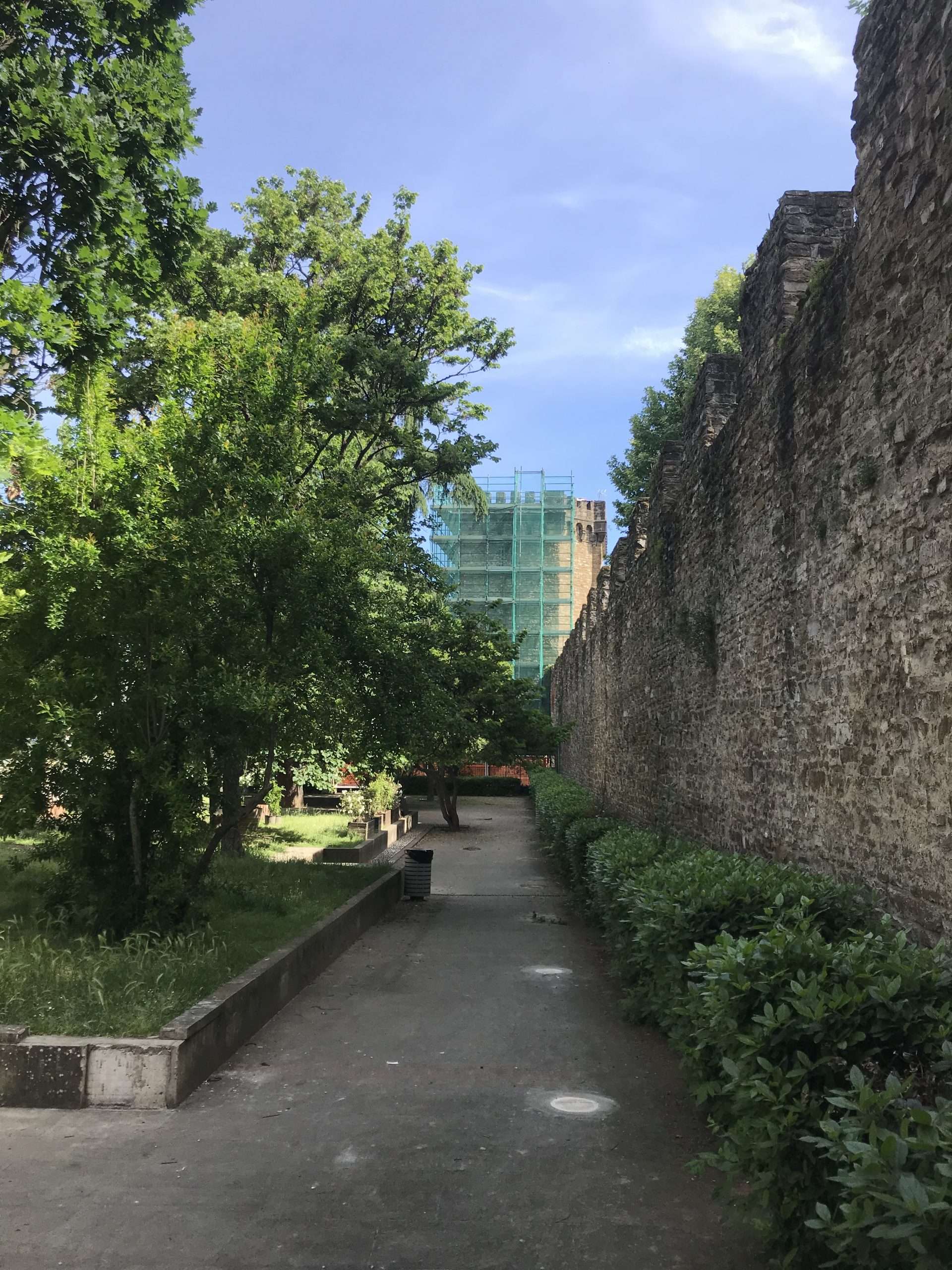 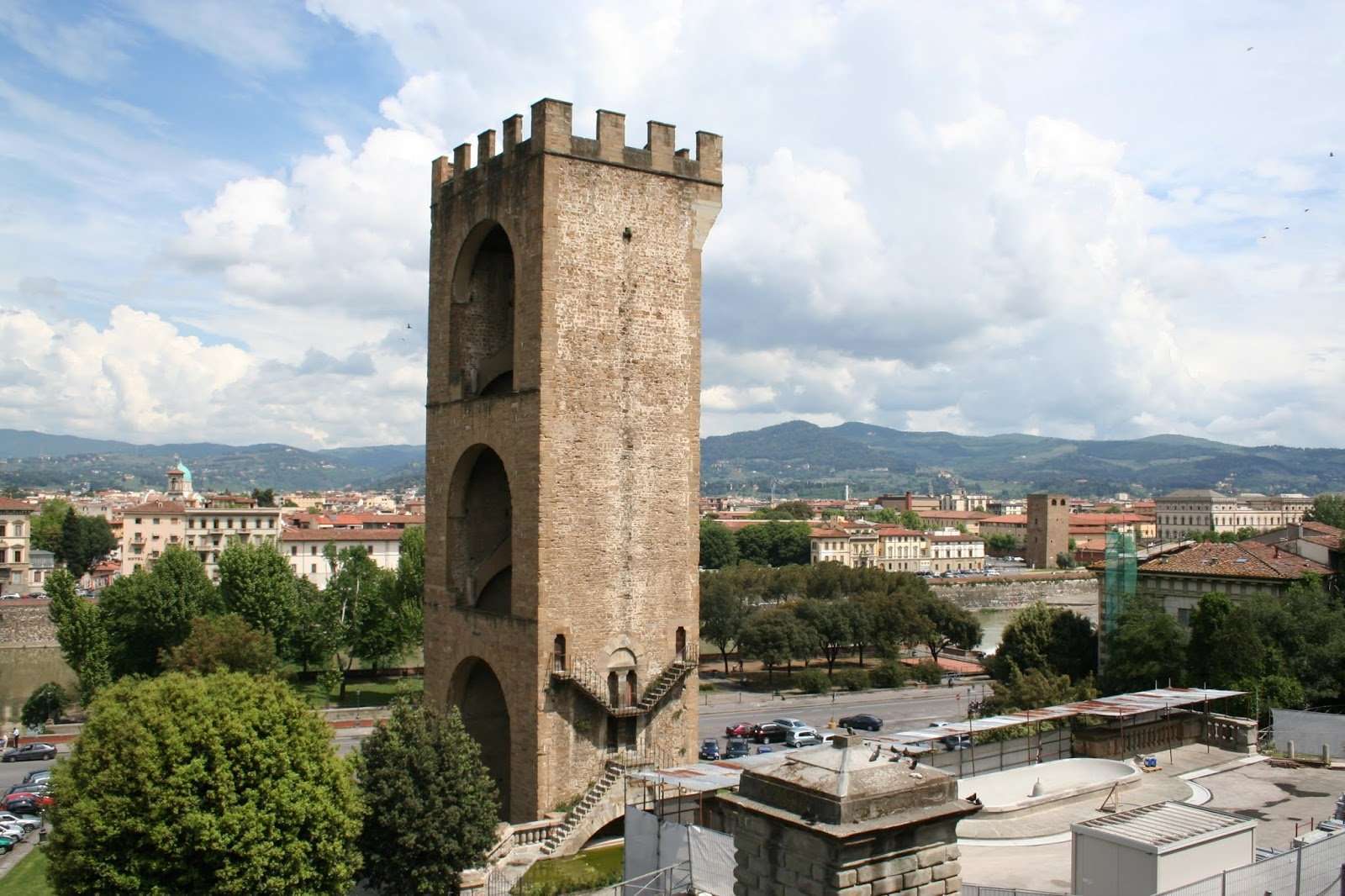 The niche subject of the restoration is located on the external side of the Door, also known as Torre San Niccolò, which at the time of its realization (it was built in 1324) looked towards the countryside. In total there are two niches and they likely supported the statues of two lions. Both were realized in sedimentary sandstone, while the flat surfaces are protected by a thick lead slab, closed at the stone’s surface with silicone paste.
A thin layer of dirt was detected on the stone surface. There were evident cracks and fractures on the material that at a first manual assessment were found to be unsafe and in the process of detachment. Some cracks circumscribed deep voids between different levels of the material, causing a pocket effect that invited water infiltration over the course of the seasons with the disintegrating effects of frost and thaw.

Built at the end of the 16th century by Bernardo Buontalenti, the Belvedere Fortress has been a monument of national importance since 1901. It has been open to the public since 1957 and attracts tourists thanks to the panoramic view that can be enjoyed from its ramparts. In 2000-2004, the monument was brought up to the requirements of safety regulations. Today, the spaces of the fortress are used for contemporary art exhibitions as a place of recreation.

The outer and inner walls of the fortress were analyzed to identify damage and areas for conservation and restoration. The study identified crumbling areas, fragments with disturbed masonry integrity leading to moisture penetration and moss growth, plant destruction of the wall, as well as large areas of stone separation. Areas of damaged pavement were noted at interior intersections. 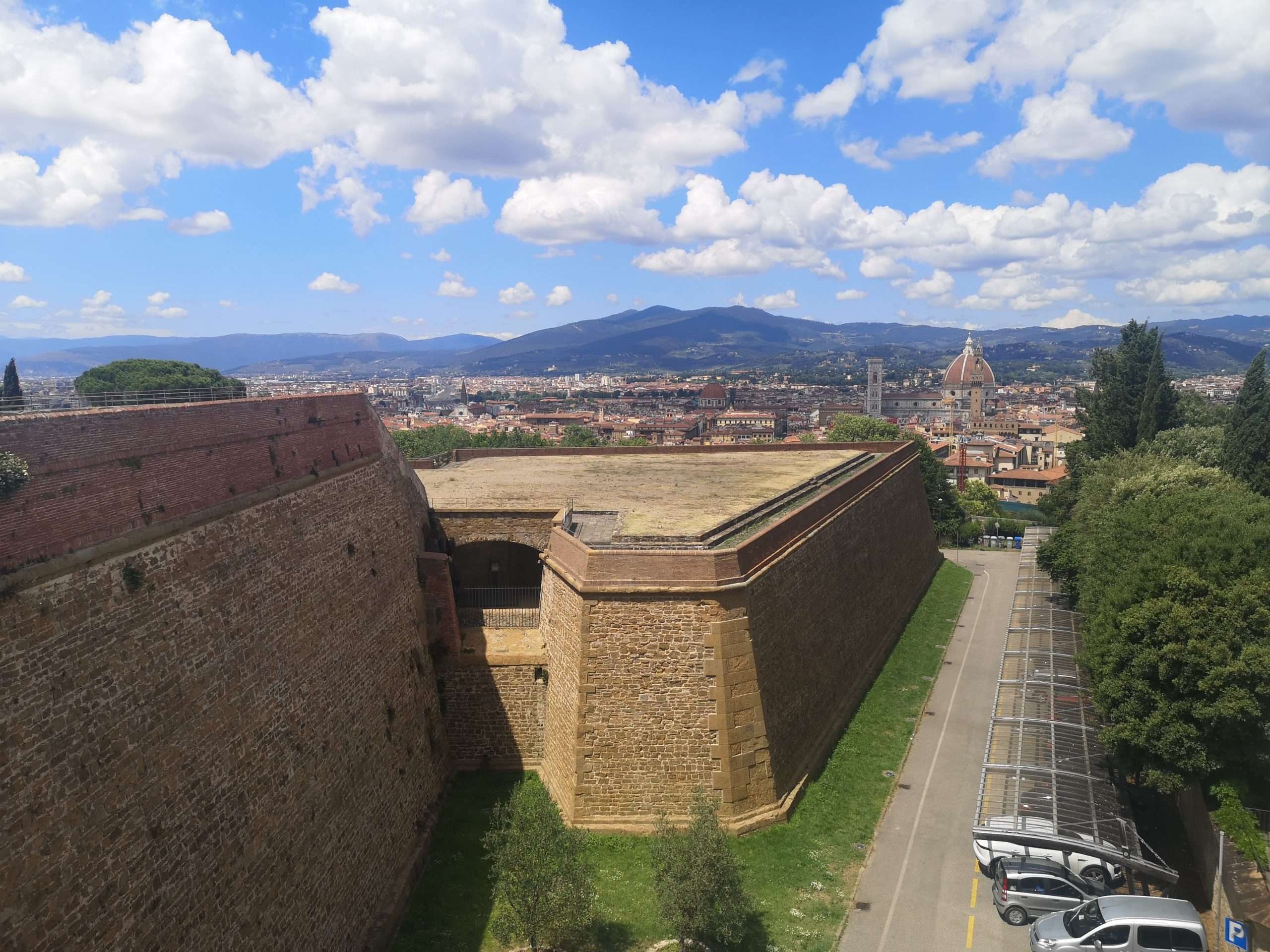 ◆WALL OF SAVOY - RESTORATION AND SECURING 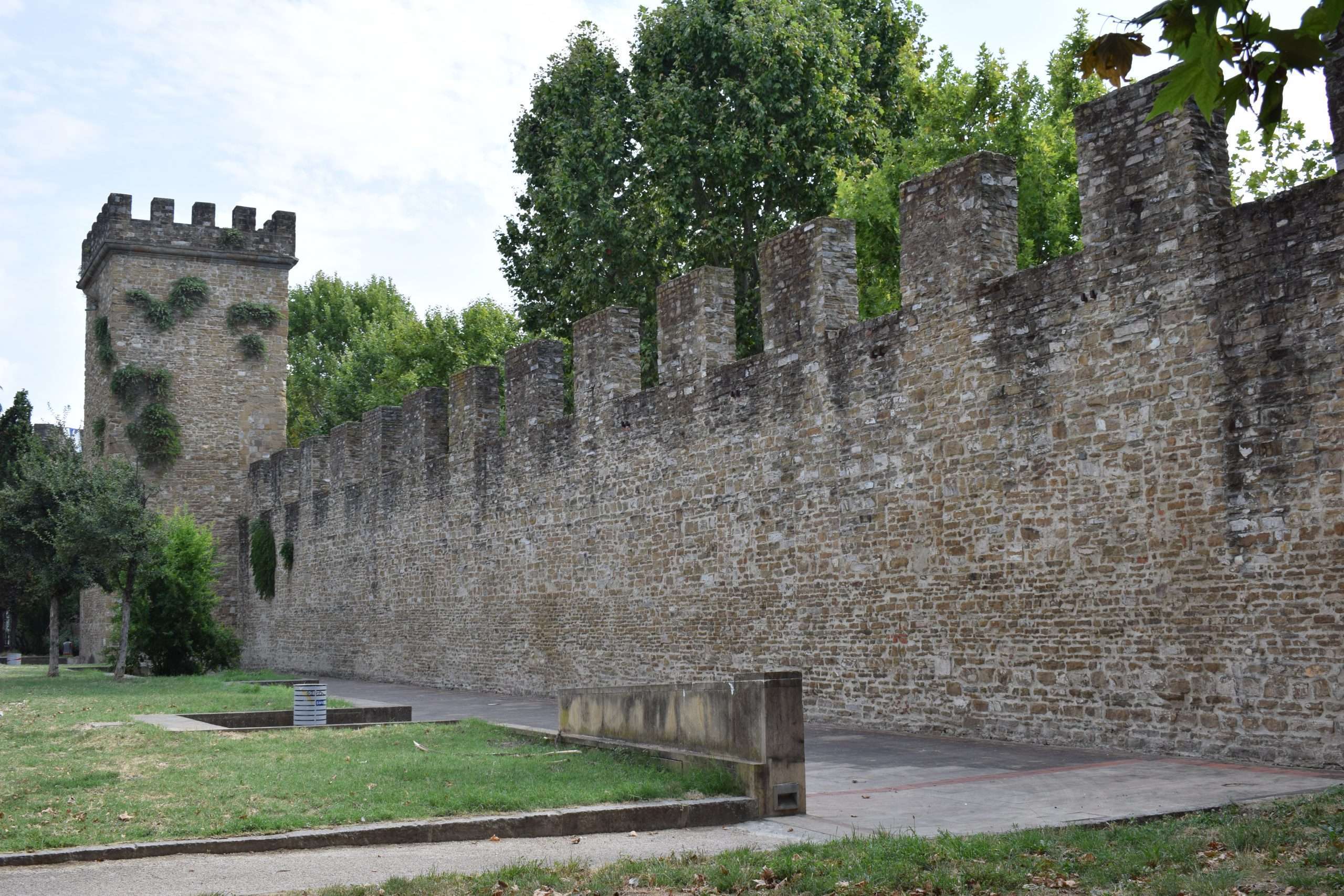 The masonry surface was brown in color due to the numerous and widespread colonies of mosses and lichens. The mortar present between the connectors of the stone masonry, of which the wall is composed, had been lost in many areas, leaving room for the growth of small shrubs, mainly caper plants. The presence of vegetation inevitably caused a greater infiltration of rainwater and the disruption of the stones of which the wall is composed. Some parts completely detached from the mortar were found on the upper part, at the height of the battlements and the walkway. Other more projecting architectural parts presented a greater degradation caused by the localized percolation of rainwater. 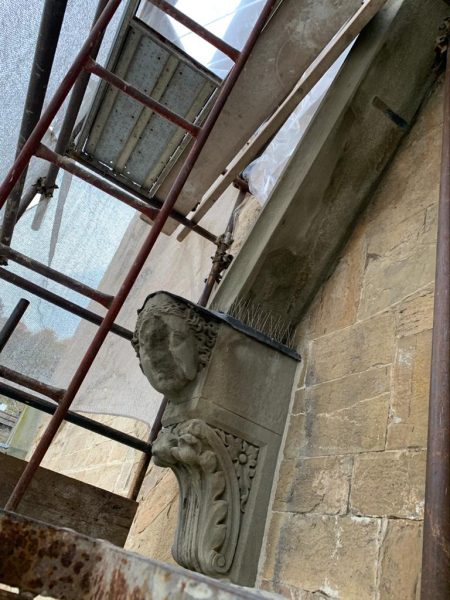 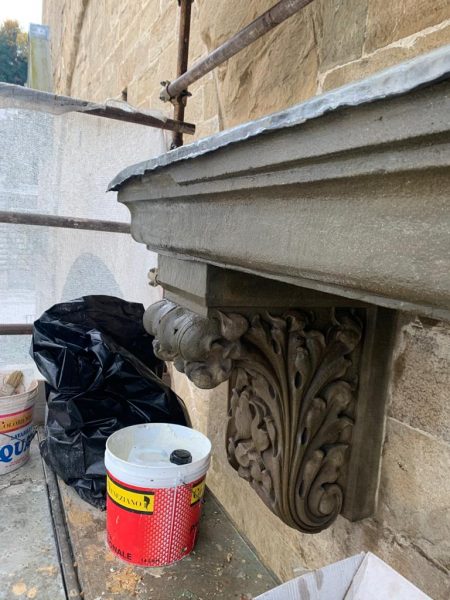 Restoration of the niche

The main objective of the intervention was the consolidation of the raised and unsafe stone material in order to guarantee the halt of the disintegration process.

The restoration operations carried out can be chronologically divided as follows: 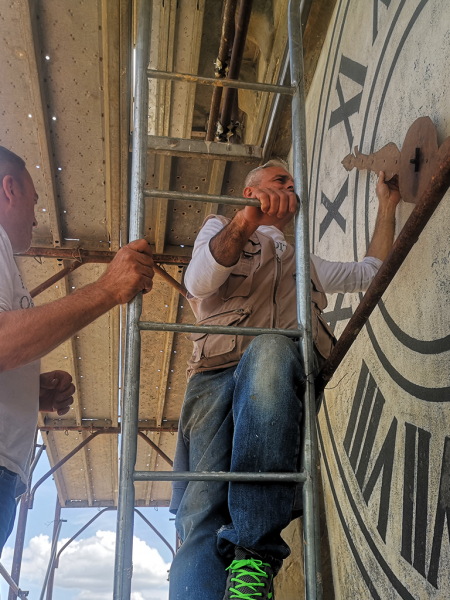 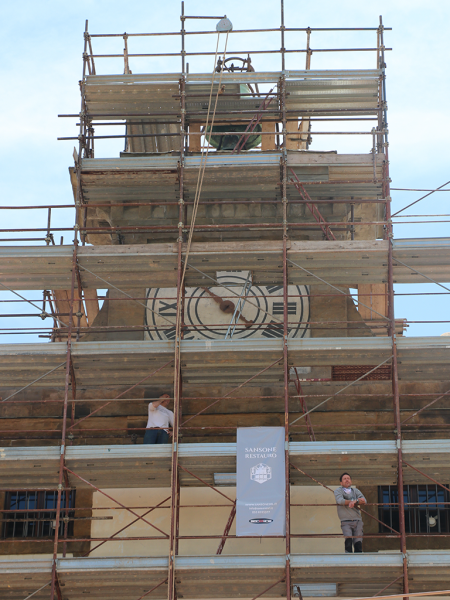 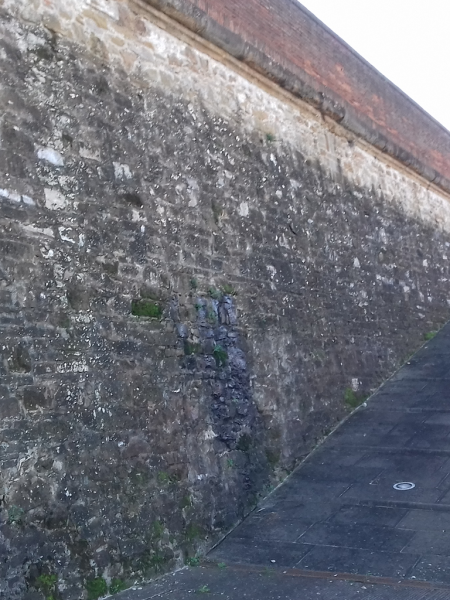 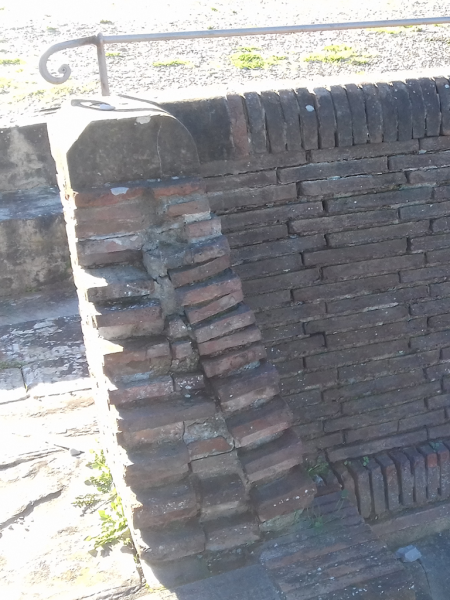 Restoration of the wall face

A careful process of weeding, biocidal treatment, pre-consolidation, hydropolishing and in general all the preparatory work for the reattachment of the splintered and fractured parts was performed prior to the actual restoration. In particular, the removal of the cement grouting was carried out, most of which was in the process of detachment. Then the restoration went through the following phases: 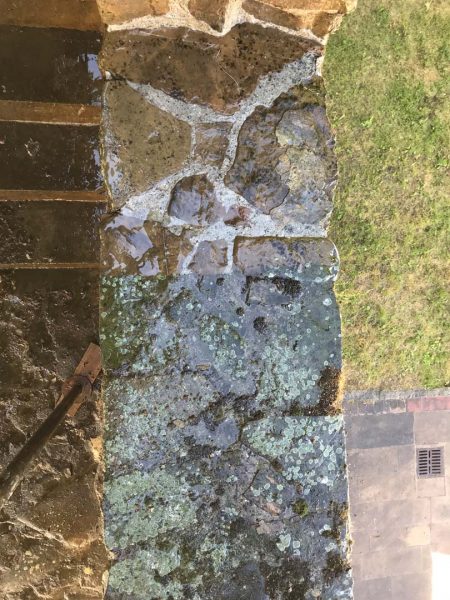 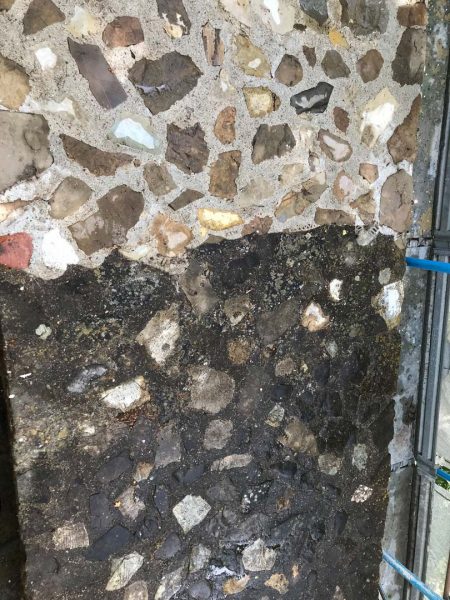 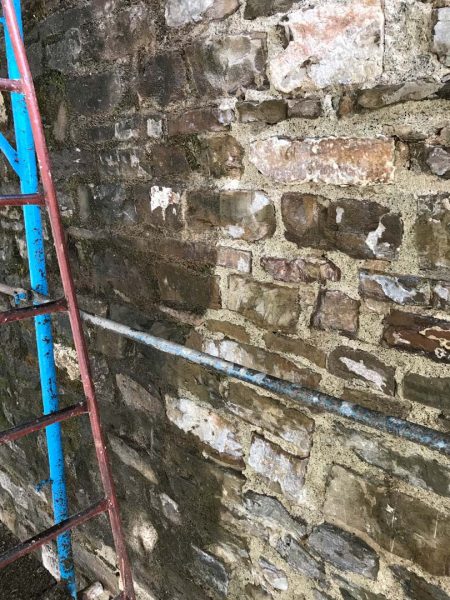 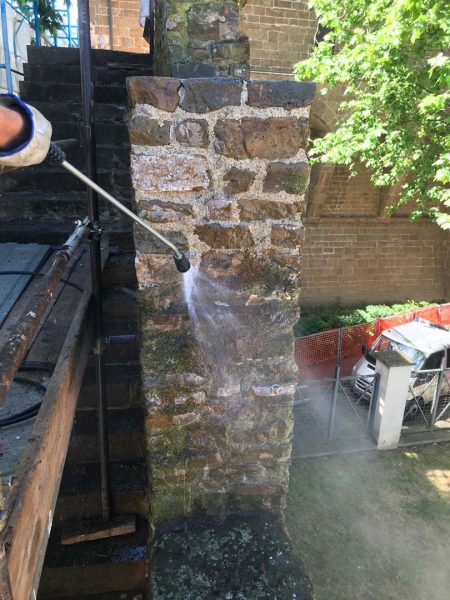 The consolidation intervention was necessary in order to stop a state of advancement that could have led to breakage and loss of the stone material of which the masonry is composed in the course of a short time. The intervention was therefore aimed at bringing back the masonry surface to its structural integrity thanks to the cleaning and disinfestation of biological attacks; to reducing as much as possible the presence of cavities that could invite the growth of infesting plants; to avoid that the freeze/thaw effect of the lesions or missing parts could lead to a rapid degradation of the stone surface.

The operations performed are as follows: