Work performed: Cleaning consolidation and stone restoration of the Fountain of the Triton 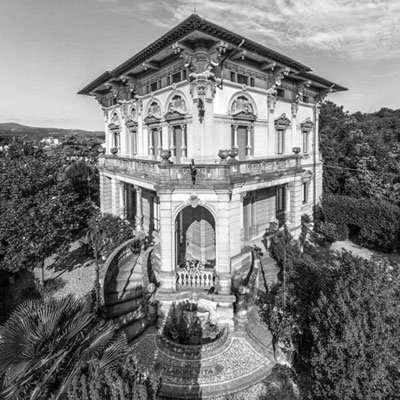 The artifact, made in the first two decades of the twentieth century by local modeler Leopoldo Brandaglia, represents a triton from whose mouth flows a gush of water, which is collected in the semicircular basin below. The artifact is made of cement, modeled and reinforced by iron cores and it rests on the back side of the fencing wall. The sculpture is adorned with original limestone, inserted underneath and on the back of the mystical creature in imitation of a rock. 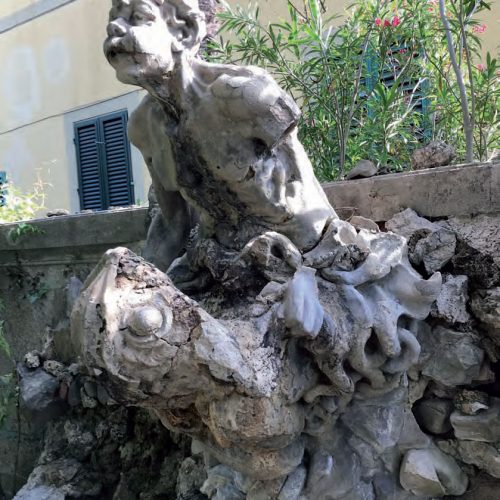 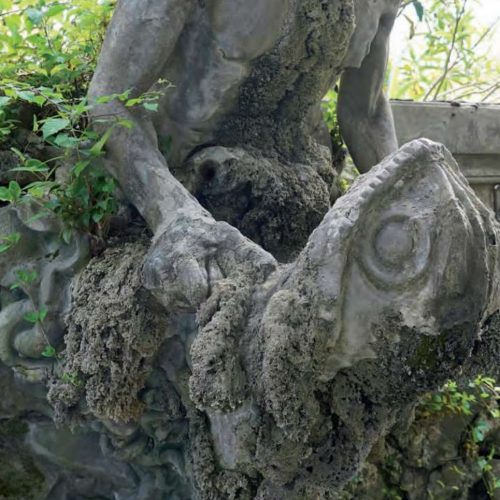 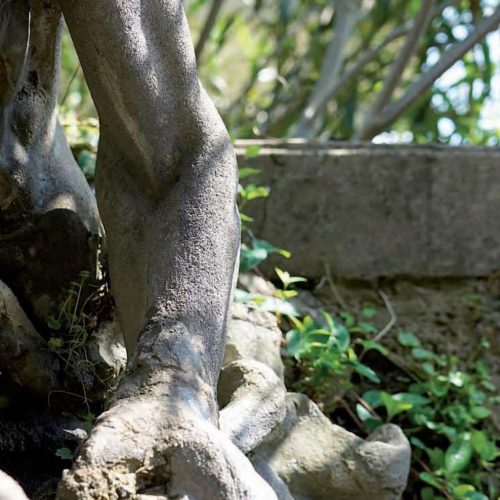 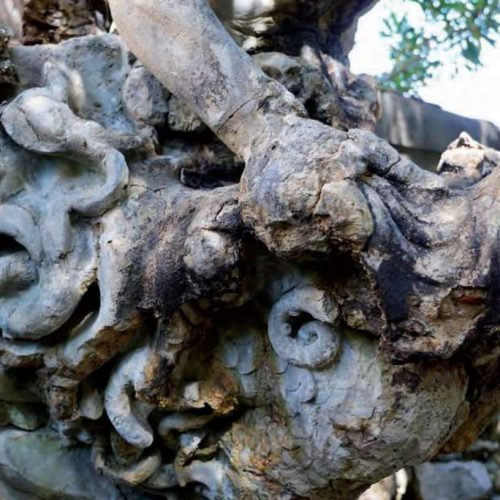 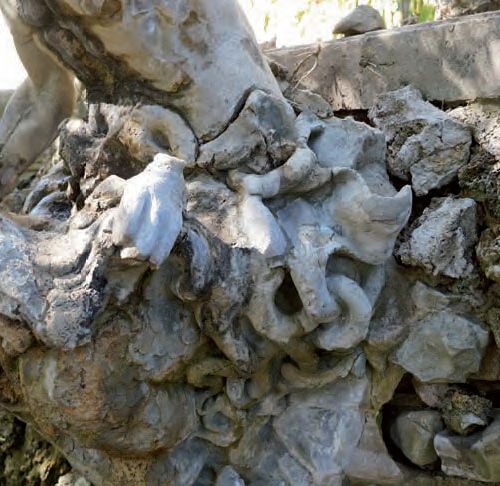 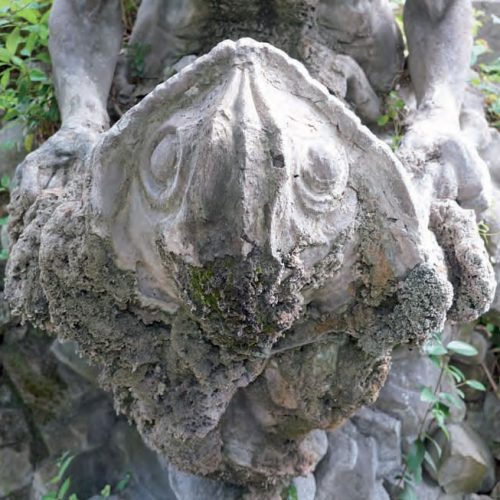 The surface was colonized by mosses, lichens, and numerous weeds that were particularly thriving between the interstices of the limestone and on the back of the sculpture. The roots of the weeds had made their way into the fractures of the cement of which the work is composed, causing gaps and material losses. The humidity, more present in the undercuts of the sculpture, had created incrustations of various thickness. There were visible traces of previous interventions of restoration, grouting and gluing of detached fragments.

After the ninety years since its construction, the fountain was in very critical condition regarding its stability and aesthetics. Therefore, the intervention of restoration had the objective to return solidity to the material of which the work was composed, in respect of its characteristics and aesthetic: cleaning allowed removal of mosses and lichens that disfigured the surface of the fountain and the green of the biological attacks was easily removed. The reconstructions were executed with color and grain similar to that of the original mortar. Following the restoration of the hydraulic system, today the Triton fountain is perfectly functional and with its jets of water it looks as it did when it was erected at the time. 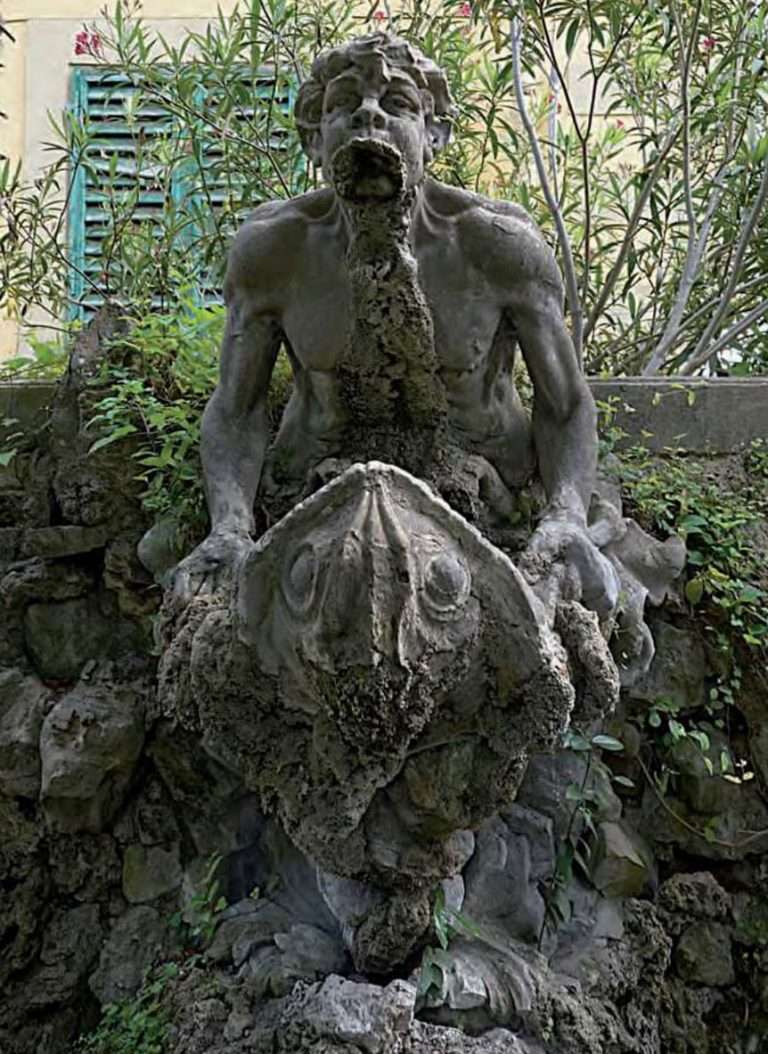 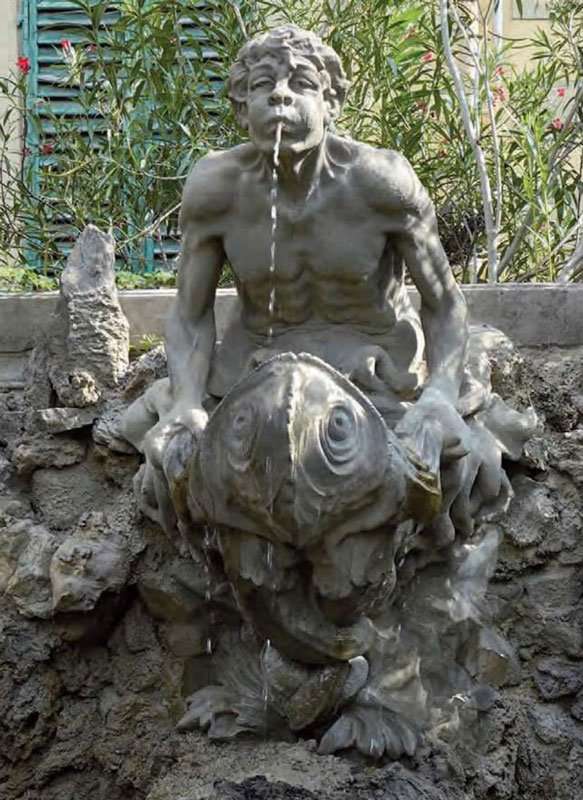 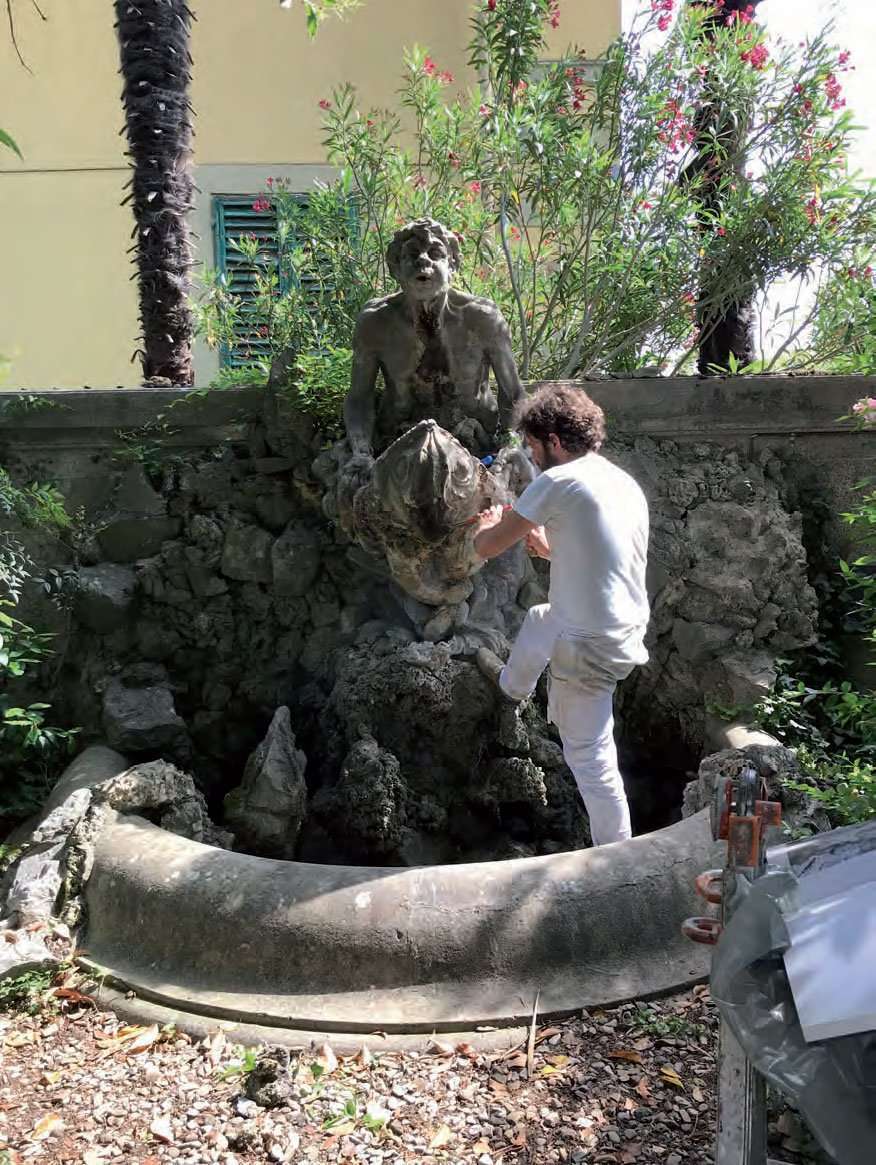 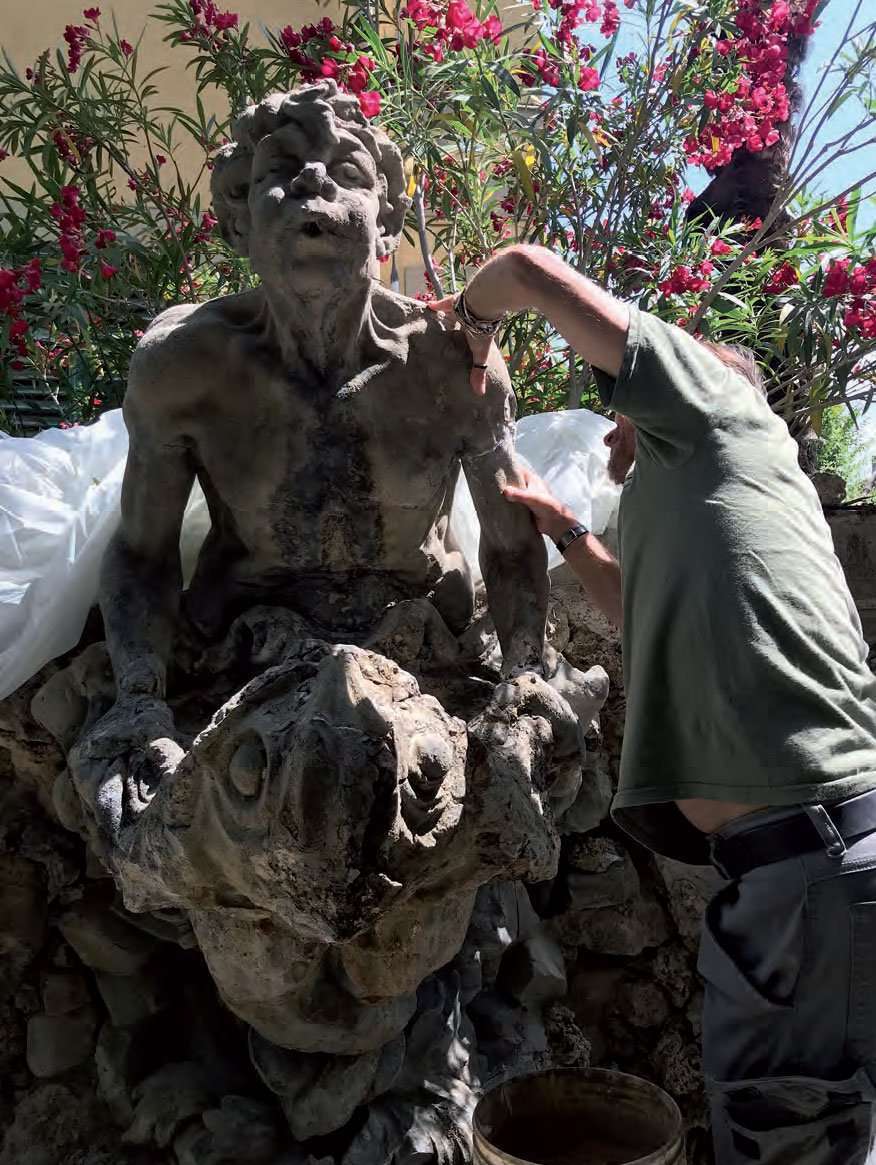 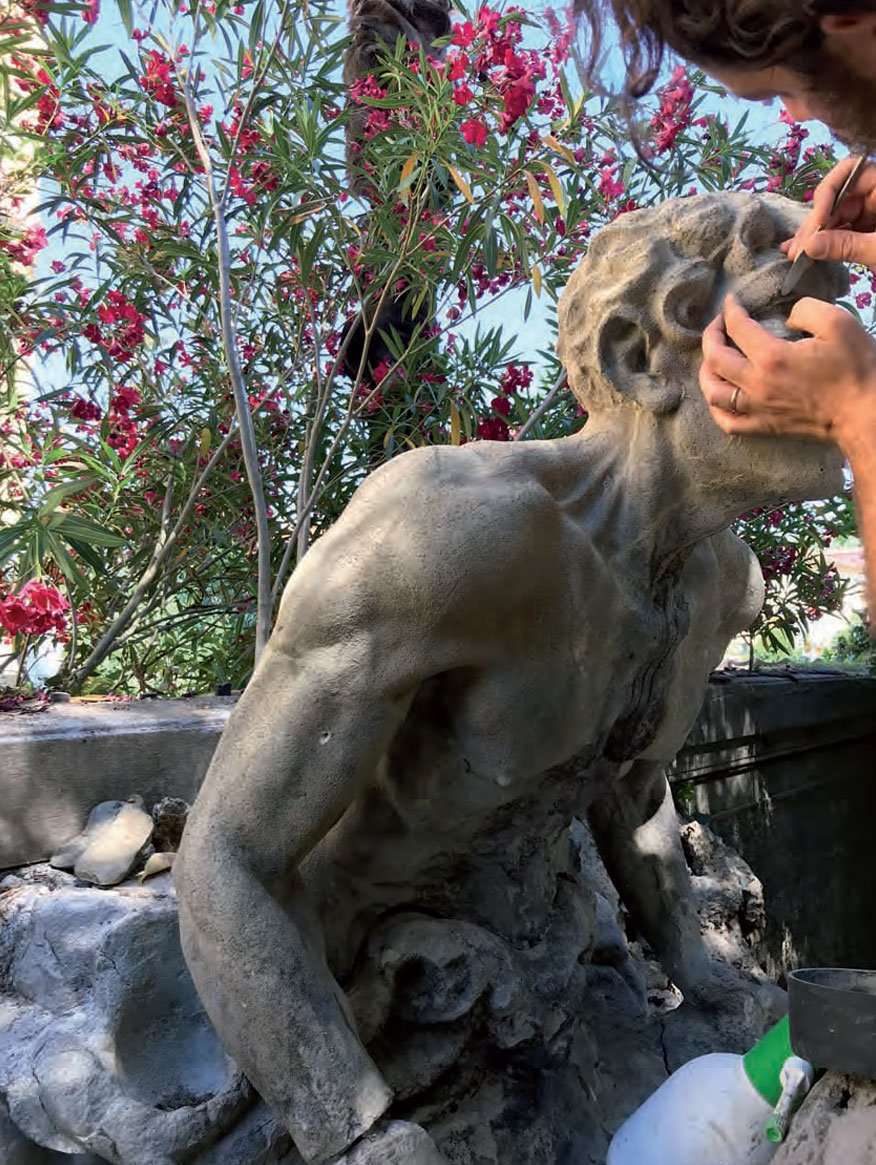 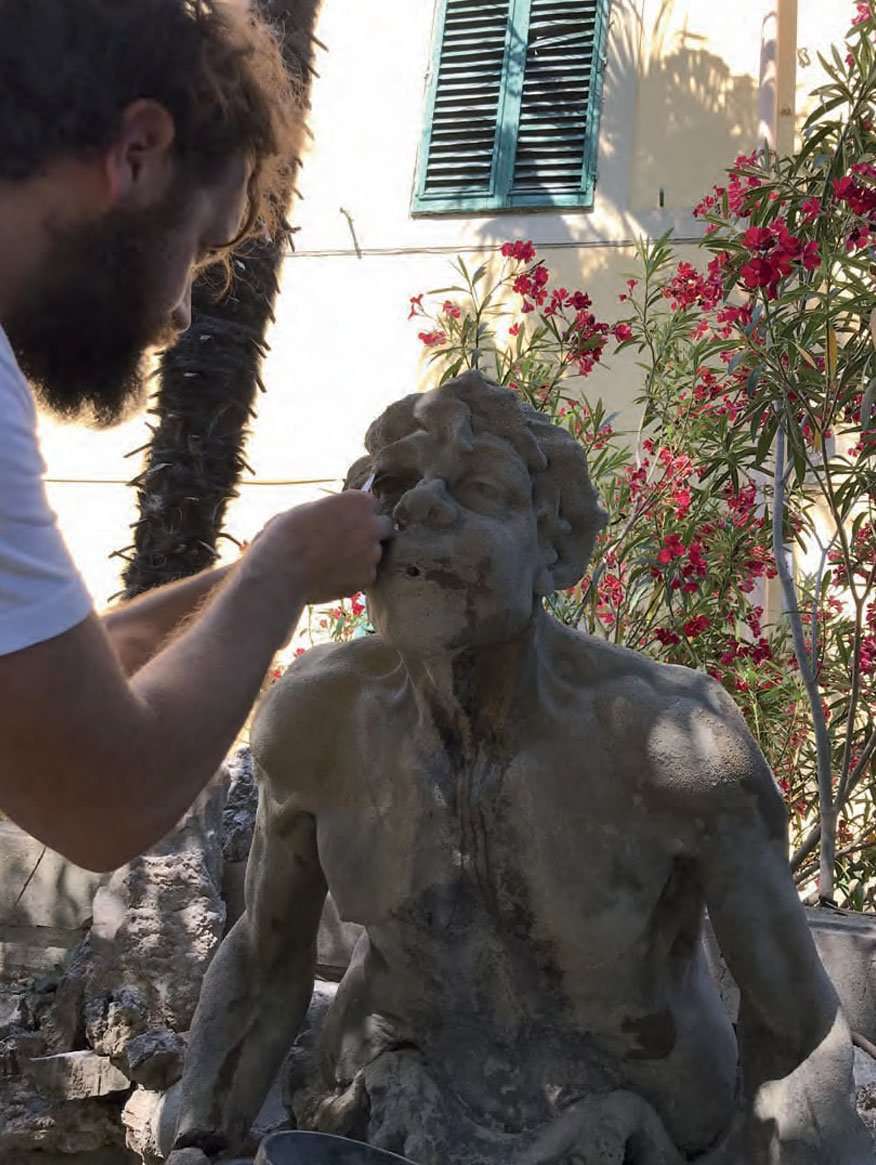